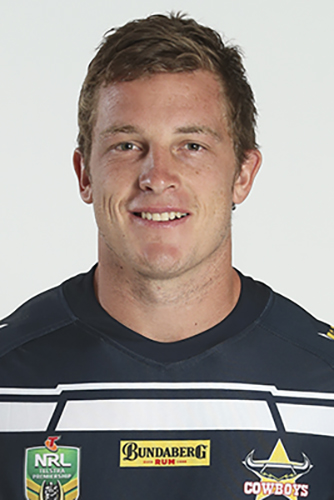 The free session is on Monday 25 June at the Central Cape Suns Rugby League Club from 4pm to 5pm.

"The Blitz is part of our community partnership with the North Queensland Cowboys.

“It’s about using the personality power of the Cowboys to encourage local students to make the right choices for success.

"We want to inspire and educate young people in our port communities to make positive life choices.

“The partnership builds on both organisations’ shared values of leadership, engagement and integrity. This includes a focus on indigenous communities and children.”

Since beginning this role in 2016, Glenn has been leading the next generation of Cowboys striving for a place in the NRL.

Prior to this appointment, he forged a successful 192-game NRL career with five clubs, including the North Queensland Toyota Cowboys from 2011 – 2015.

Glenn was a Cowboys player when the team won the 2015 premiership and received the Cowboys “Clubman of the Year” title in the same year.

Before his tenure in North Queensland, Glenn played for the Canterbury-Bankstown Bulldogs, South Sydney Rabbitohs, Sydney Roosters, Manly Warringah Sea Eagles, with which he won the 2008 NRL premiership, and also had a stint in the UK Super League with the Bradford Bulls.

Glenn primarily played second row and prop. He was born and raised in Sydney, New South Wales, and now resides in Townsville.

Canberra product Josh Chudleigh was part of the Raiders system in 2012 before linking with the Cowboys NYC team in 2014.

The hooker was the runaway winner of North Queensland’s NYC Player of the Year Award in his first year with the club.

That honour helped earn him an NRL squad contract in 2015. Josh went on to produce a stunning season for the Mackay Cutters in the Queensland Cup, the young hooker named the club’s player of the year.

In 2016, the Canberra product played his first NRL match in his home town. In this first outing, Josh scored a splendid solo try and worked hard for 19 tackles in less than half an hour of playing time.

Heading back to the Cutters, Josh’s star continued to rise at the back end of the season with a two-year contract extension and the receipt of The Courier Mail Medal for Intrust Super Cup Player of the Year.

After missing the entire 2017 courtesy of a pre-season ACL injury, tragedy struck again for Josh in 2018. Just three games into his comeback the 24-year-old suffered another ACL injury, which will put him on the sidelines for the remainder of 2018.