Say yes to opportunities and surround yourself with great people. These are two principles that have guided NQBP’s Bryce Bathe through an amazing career.

From a dairy farm to a Rolls Royce mechanic, adventures on Tall Ships with Anthony Hopkins and Mel Gibson, and scientific research discovering new animal species, Bryce has done it all.

We know what you’re thinking…  How did Bryce do all this AND become a Marine Pilot?

Well, as Bryce prepares to farewell NQBP and begins his retirement, we thought it would be a great opportunity to look back on his incredible career. 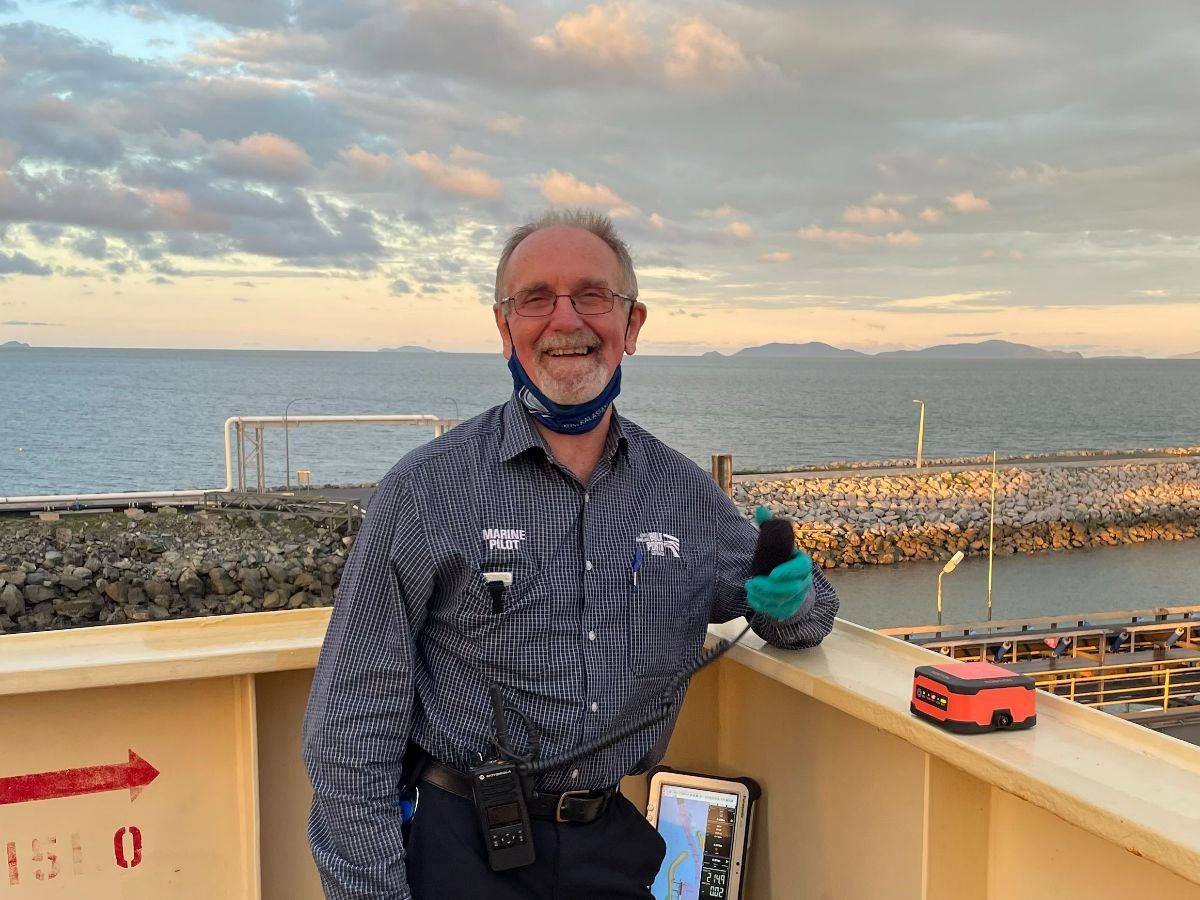 What was your first job on the water?

I was chosen as one of 200 young people from the Commonwealth nations to join an expedition on a tall ship that followed the circumnavigation of Francis Drake.

It was organised by the Scientific Exploration Society of Great Britain and supported by the British Army with Prince Charles as the patron. We completed studies of different cultures, surveyed shipwrecks, undertook community health work, discovered a new type of monitor lizard, and took science to the canopies of the tropical rainforests around the globe. It was a life-changing experience.

Tell us about your days at sea.

My formative years were spent on square rig sailing ships all over the world. After the Francis Drake expedition, I had planned to go back to New Zealand but found myself on a tall ship sailing from England to Australia, weathering a violent storm in the Bay of Biscay as a starter, to assisting the Charles Darwin Institute in the Galapagos Islands, taking supplies to Pitcairn Island, studying the effects of the French nuclear tests at Mururoa Atoll and so much more.

I worked on sailing ships for many years and was part of the crew for the 1984 remake of Mutiny of the Bounty with Mel Gibson and Anthony Hopkins. The finale to my tall ship experience was being immersed in Australia’s bicentennial celebrations and joint manager of the two-year restoration of a Topsail Schooner.

One of the best jobs I had was as Captain of a CSIRO research vessel. I worked with some amazing scientists who were researching the trigger of El Nino weather patterns. From there I was a Deck Officer, Chief Officer then Captain with Stolt Chemical Tankers where I honed my leadership skills.

What attracted you to the career of a pilot?

​​​​​​​There’s a natural progression from the merchant navy to being a marine pilot. I already had two pilot exemptions for ports in Australia and I noted that Maritime Safety Queensland (MSQ) were advertising for pilots. My wife researched each port in Queensland, and we decided Mackay was the place for us. Family was a huge driver for ‘coming ashore’, six weeks at sea and six weeks at home is not the best for family life. I started with MSQ in 2005 and transitioned to NQBP when Pilotage was transferred over. 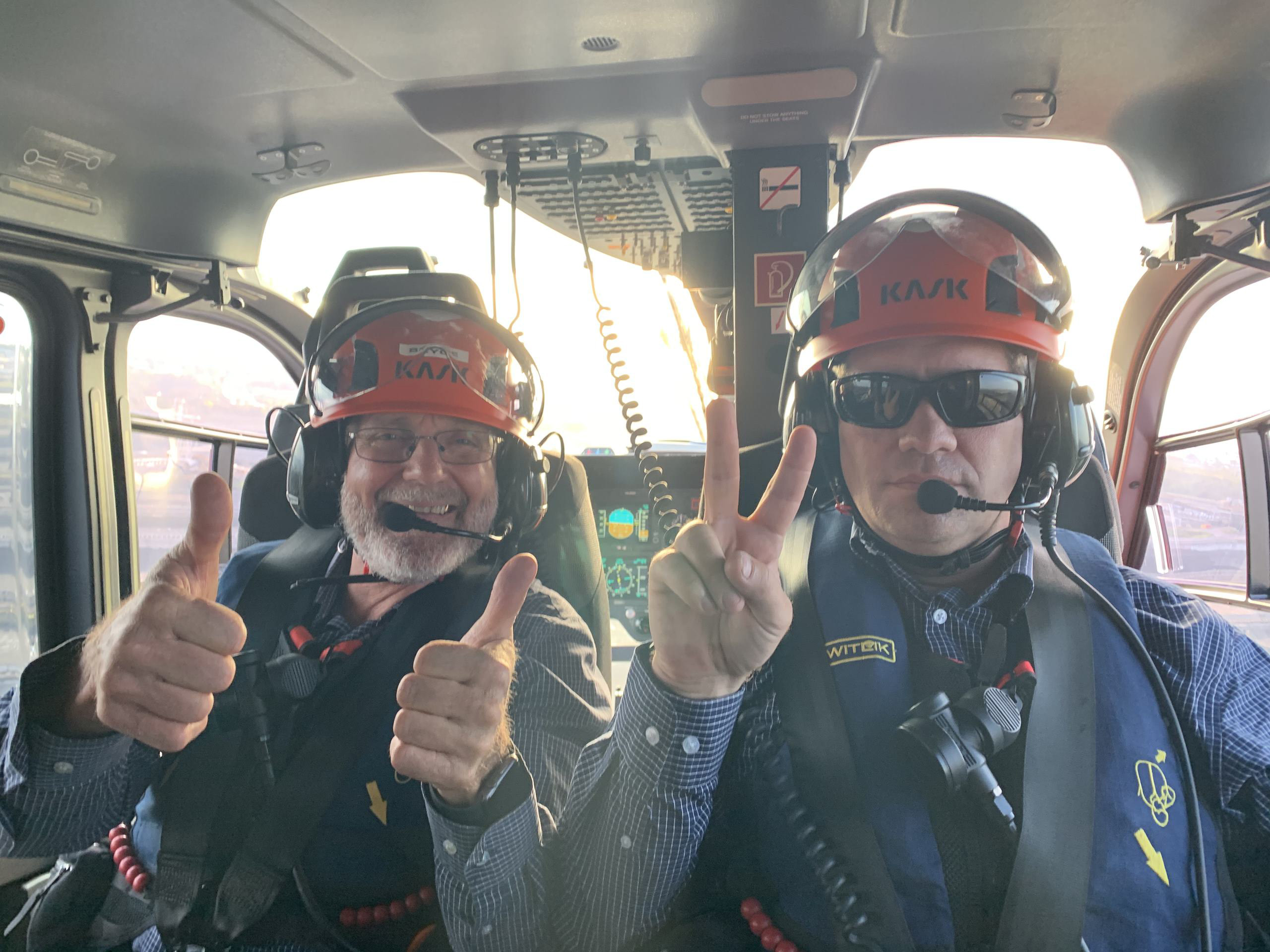 What are you most proud of during your time with NQBP?

Two things stand out to me. One – being appointed to the Pilot Manager role, something I had never expected. Our Pilotage team is incredible. Being the manager allowed me to nurture the skills and talent within the team while exploring the future of pilotage.

Each member of the team has a unique skill set which we used to build our top-class competency-based training program, pilotage safety management system, scientifically based fatigue management system, cutting-edge electronic passage plan, and many other endeavours to enhance our leadership in pilotage.

The second was being a director of the Australasian Marine Pilots Institute and using what I had learned on my diverse journey to create the first edition of the Marine Pilot Competence and Performance Guide. A wonderful tool for identifying behaviours specifically for the pilotage environment.

What are your plans for retirement?

Retirement is another journey that I am keen to jump into the current of and see where it takes me. My wife has just attained her motorbike licence so together we can now head off on new adventures. I am looking forward to enjoying all the adventures and opportunities that come our way.