In 2013, NQBP commissioned a study on behalf of Dalrymple Bay Coal Terminal and BMA Hay Point Coal Terminal on the environmental dust concentrations in the region surrounding the Port of Hay Point. 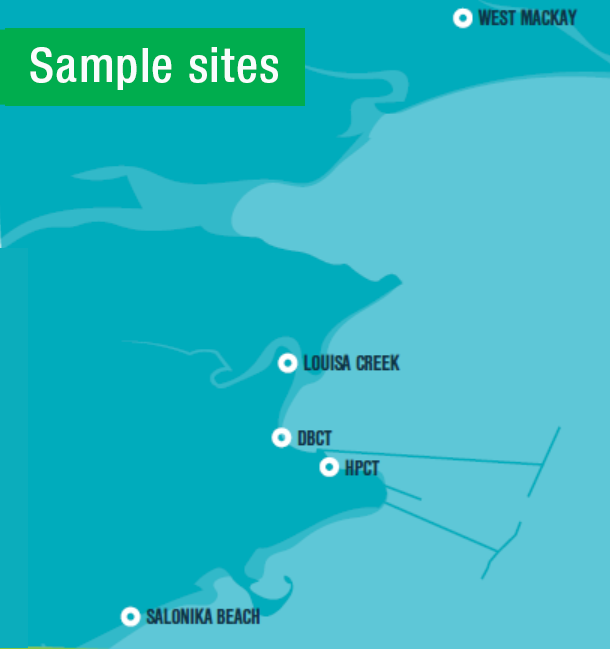 The study collected three different sample sizes of dust in a 15-month period at five sites from Salonika Beach to West Mackay. The three sample size ranges were TSP, PM10 and PM2.5. In total at each site, 38 samples were collected for TSP and PM10 and 24 samples for PM2.5.

All the samples were collected over a 48-hour period so that sufficient sample volume could be collected for analysis. Sample analysis included anion and cation analysis, as well as petrographic and microscopic analysis. These analyses permitted the sources of the dust to be identified and characterised as coal, minerals or plant and insect matter.

To learn more about TSP, PM10 and PM2.5, read about airborne particles on the Queensland Government website.

Aim of the study

The aim of the study was to analyse the data from the monitoring campaign in an attempt to answer the questions:

At the community sites

At the coal terminal sites

In summary this study does not indicate that coal dust from the coal terminals would be a significant contributor to any respirable dust-related health issue in the local community.