Our vision for Reconciliation is for an Australia that embraces and values Aboriginal and Torres Strait Islander peoples, histories and cultures and promotes diversity, providing equitable opportunities for all Australians.

We have been actively engaging and building relationships with the Traditional Owners of the land and sea at our ports over several decades.

This has included procurement through Aboriginal and Torres Strait Islander businesses, community engagement through sponsorships and most recently recognition of language.

This RAP, endorsed by Reconciliation Australia, extends our engagement and is a further commitment to actions identified in collaboration with Traditional Owners that aim to lead to positive outcomes for the broader Aboriginal and Torres Strait Islander communities within our Port areas.

It includes engaging staff and stakeholders in reconciliation and developing and piloting innovative strategies to empower Aboriginal and Torres Strait Islander peoples. 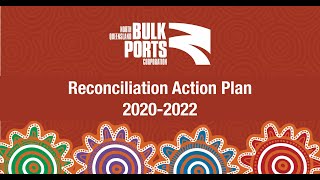 Learn about the RAP and the special artwork

What has happened since the RAP launch

Since the RAP was introduced in 2020, we have introduced several actions in line with our vision for reconciliation.

How the RAP was developed

The development of the RAP included engagement with our Traditional Owner groups; Juru at Abbot Point, Yuwi at Mackay and Hay Point and the Algnith and Wik Waya at Weipa.

Endorsed by Reconciliation Australia, NQBP’s RAP outlines the actions the organisation will take under the key focus areas of relationships, respect, opportunities and governance.

Learn about the RAP's special artwork

The RAP features original artwork ‘Protecting Life through Knowledge’ and was prepared for NQBP by artist and designer, Casey Coolwell, a Quandamooka, Nunukul woman with traditional ties to North Stradbroke Island on her father's side and linkages to the Aboriginal and South Sea Islander people of Bowen and Mardigan people of Eulo through her mother's side.

“In our Aboriginal Dreaming we believe that when we pass away, we come back as an animal or plant. The Turtle in the art piece represents an Ancestoral Being protecting the surrounding waters.”

“Learning how the fish trap works and maintaining its powerful knowledge is indicated in the gathered dots outside the fish trap.

“The artwork includes a pattern illustrating the scales of a fish and another representing the four different communities and their connections to the land and surrounding seas.

“Each gathered circle throughout the pattern represents community coming together in a yarning circle.

“The background ‘spiral’ pattern indicates the ripples of the water, as each of the four communities is located on the edge of the land and sea,” Ms Coolwell said.

NQBP and Juru Enterprise Limited (JEL) have worked closely over the past ten years to build a strong working relationship, business capability and sustainable performance.

In 2018, NQBP engaged JEL to conduct weed management at the Port of Abbot Point.

The initial commitment of two years and support to provide training and equipment enabled JEL to employ an additional four personnel in Bowen. NQBP has now extended our commitment for the weed management contract to the end of 2025.

In 2019, additional support for training of the Land Management Crew was provided to enable the completion of turtle monitoring and tagging operations. This included formal training provided to Traditional Owners by the Queensland Government to conduct monitoring during turtle nesting and hatching season. Active protection of nests from predators was also included in the scope of the training and these skills will provide positive cultural and ecological outcomes. 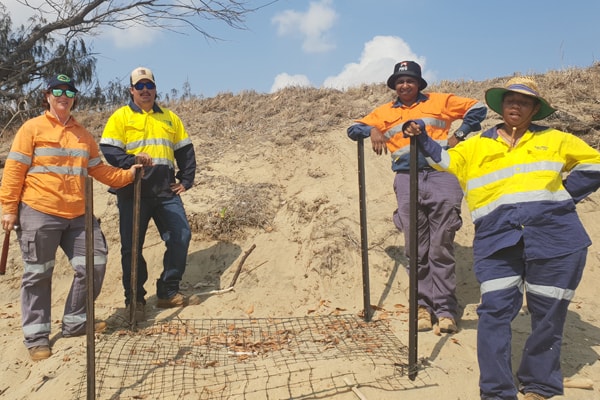 “Working with NQBP has been a very rewarding opportunity for not only myself but our staff as well, we have learnt much more than Environmental Land Management and leadership, but business opportunities within our own organisation for growth and development. I am very proud to be a part of this growing friendship," Jessica Vakameilalo, JEL

As part of strengthening our relationship with the Yuwi People of the Mackay and Hay Point region, in January 2020 NQBP named a new road at the Port of Mackay in Yuwi language.

The new road, which provides direct access to North Wall Beach and sea, is known as Gudyara Road, meaning “sea” in Yuwi language.

The naming of the road recognises the special connection of the Yuwi People to the port land and sea country. It will also help to revive knowledge and understanding of the Yuwi language.

Yuwi Elder, Gary Mooney, said the name was chosen because sea country is very important to the Yuwi People.

“A new direct access to the beach is very important. The name Gudyara reflects this and the use of Indigenous languages is very important for the betterment of Yuwi culture”, (Gary Mooney, Yuwi Elder).

NQBP CEO, Nicolas Fertin, said the road naming acknowledges the Port of Mackay is in the Traditional land and sea country of the Yuwi People and supports the recognition and revival of the Yuwi language. Read more about Gudyara Road.

We sponsor a number of activities which support the celebration and retention of culture.  This includes direct funding for:

We look forward to supporting activities within our port communities that build respect for Aboriginal and Torres Strait Islander cultures and histories.