REPAIR works on the 150-year-old Bowen Wharf are now complete. 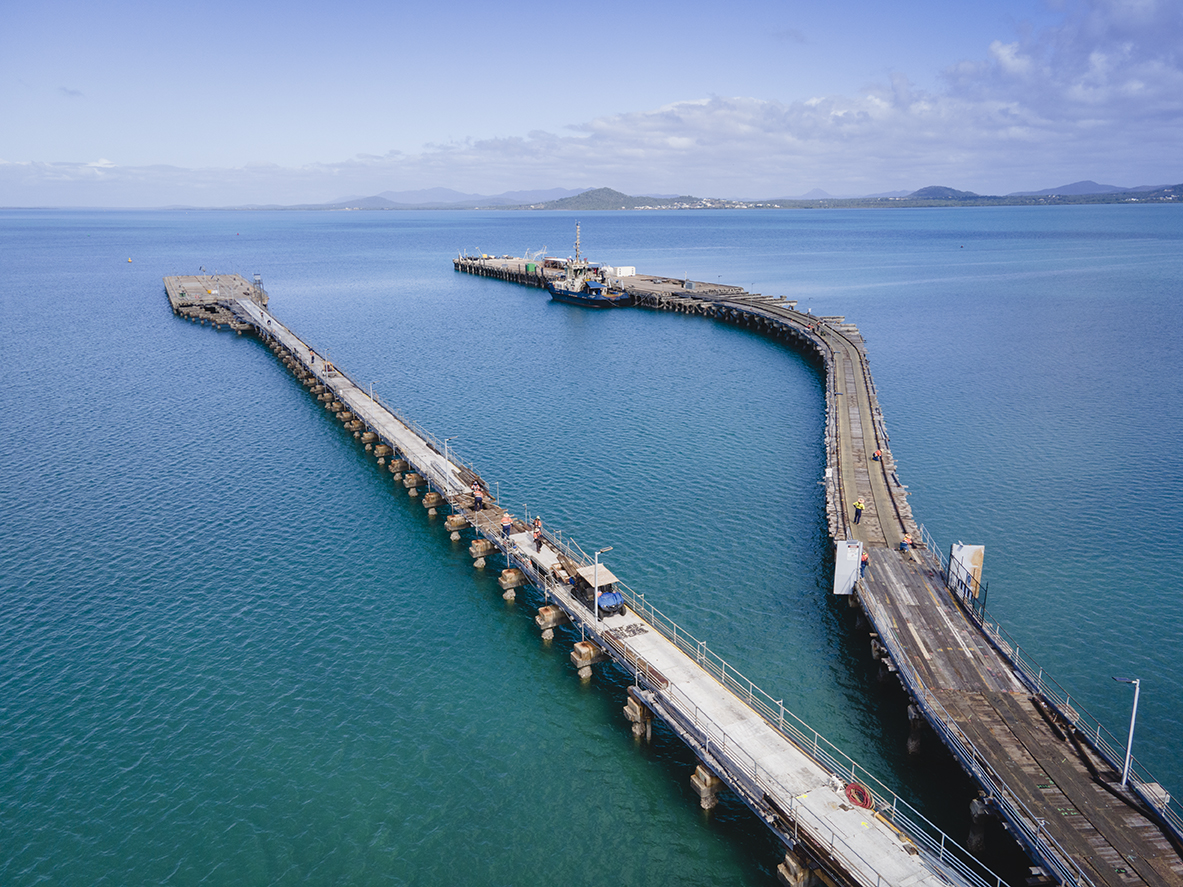 Since late February, about $3.6 million worth of works have been carried out on the Wharf, which has seen parts of the aged timber structure repaired or replaced.

Transport and Main Roads Minister Mark Bailey said the project had reinforced the Wharf and supported the local economy.

“The repairs will ensure the Wharf remains available to the public and continues to provide temporary towage infrastructure for Abbot Point’s towage operations,” Mr Bailey said.

“Engaging local businesses and ensuring these investments in local facilities benefit the community is a key part of the Palaszczuk Government’s Covid-19 economic recovery plan.

“Local content was a top priority for this project.

“Principal contractor Wisely delivered on this expectation with 23 North Queensland jobs created at the peak of the project, 17 of which were filled by persons from the Whitsunday region.

“More than $600,000 was spent in the local community, with Bowen businesses benefiting through ongoing accommodation bookings, meals and various other project supplies.”

“Overall, the project has been a success, but it certainly hasn’t been without its challenges, with additional work needing to be completed as sections of timber were lifted on the Wharf.

“Given its age, and the fact that the operational use of the Wharf has reduced considerably over the years, the lessons learned from this project will help us plan for the Wharf’s future.”

Mr Fertin also acknowledged the community’s support during the works.

“Due to the nature of the works, and in the interest of safety, we needed to temporarily close the Wharf to the public at times throughout the works.

“We know the Wharf’s a popular spot for fishing and other recreational activities, so we thank the community for their patience and understanding during these periods.”

Additional minor works will be carried out under the Wharf in future weeks when tidal conditions permit, however this will not impact public access to the Wharf.

The Wharf’s repair works involved the replacement of the worst wooden components including 66 timber girders, 12 corbels, 99 beams, 500 square metres of bridge decking ply and more than half a kilometre of timber deck planks.