Marine pilots at the Port of Mackay will soon be ‘guided by the lights’. 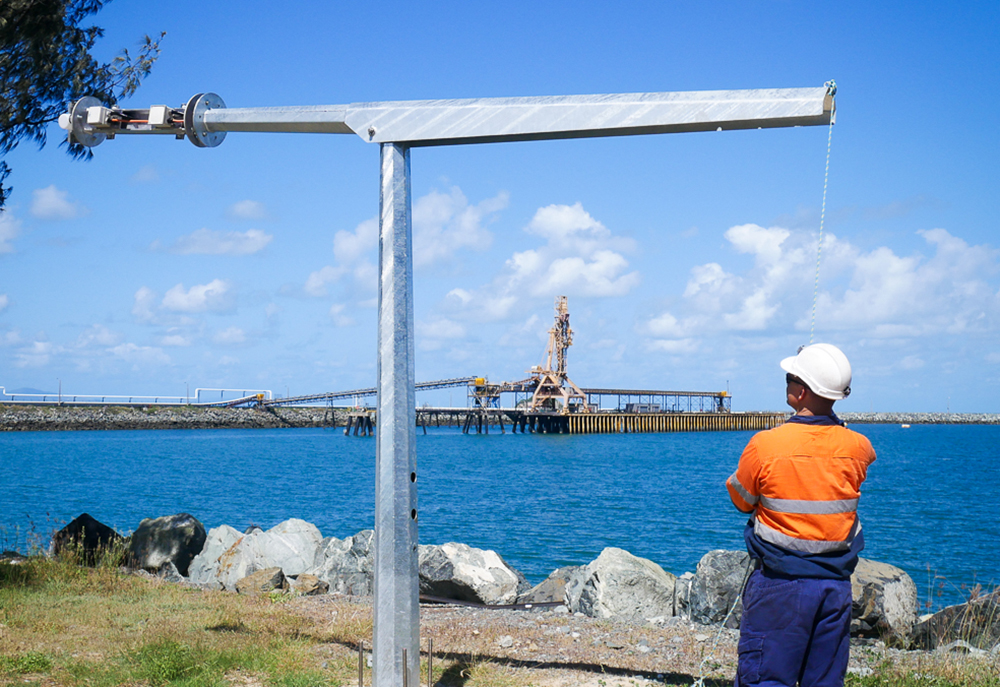 Six new lead lights are in the final stage of installation at the Port and will be in place by the end of the year.

“Marine pilots use lead lights as visual reference points when guiding ships into and out of ports,” Mr Lewis said.

“The pilots are able to line up the lights, visible from the ship’s bridge and ensure they are on the right track.

“The new lead lights will improve accuracy in the pilot’s manoeuvring.

“This is one of many projects in which NQBP is investing to attract new customers to the Port of Mackay.”

“These projects will provide a boost to not only to the regional economy, but to Queensland.”

“Comlek is a local company with over a decade of experience in electrical engineering,” Mr Gallagher said.

“We have a strong history of working with local subcontractors and a big stake in the ongoing development of the Port of Mackay.”

The $270,000 capital works project employed up to six people during construction.

Maritime Safety Queensland assisted in the design and approvals for the project and will be responsible for the maintenance of the lights.

The project is part of the Queensland Government’s Accelerated Works Program.