NQBP recently supported Clear Logistics Australia to facilitate the export of up to 70,000 tonnes of mineral sands to China.

Two shipments have made their way to China in recent months since Clear Logistics Australia sought the rare opportunity discovered at Urquhart Point, on the South Bank of the Embley River about 5km from Weipa.

“We thought it would be a great opportunity to pivot our business into a new trade,” Mr Roberts said.

Mr Roberts said the heavy mineral sands deposits were made up of elements for use in various commodities.

“These include Ilmenite, rutile and zircon, materials which are used in the production of paint, ceramics, sunscreen and cosmetics to name a few,” Mr Roberts said.

“To help us mine these materials, we had 15 people on the job at the peak of our operations, a mixture of locals from the Cape and Cairns. Where we can support North Queenslanders, we do.” 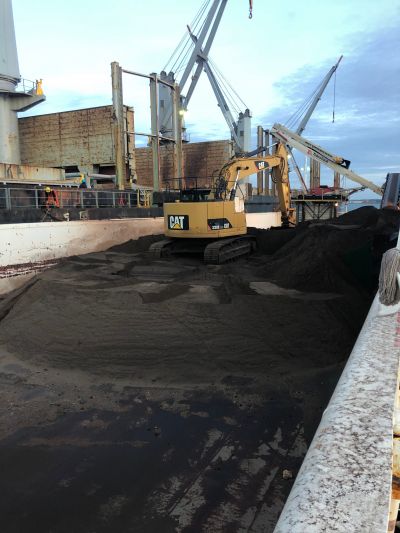 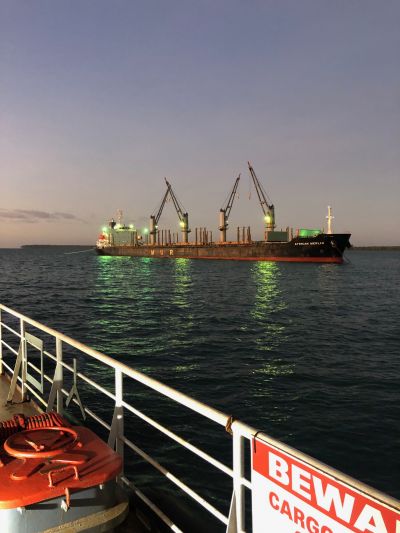 NQBP CEO Nicolas Fertin said the opportunity aligns with the State-Government-owned port corporation’s strategic focus to support the diversification of the Queensland economy and trade.

“As a port corporation supporting more than 27,000 jobs in industries associated with our ports, we value opportunities to support emerging trade - and local jobs – through projects such as this one with Clear Logistics,” Mr Fertin said.

“The fostering of trade opportunities at all of our ports contributes to a strong growth in our regional Queensland economy. Weipa developed its economy on bauxite since the 1960s. Exporting mineral sand – even in small quantities - is a testament of Weipa business and NQBP’s effort and dedication to introduce new trade.”

NQBP is also the port authority for the strategic ports of Mackay and Abbot Point, which along with Hay Point, are in the Great Barrier Reef World Heritage Area. The corporation facilitates trade worth approximately $40bn globally.

Mr Roberts said Clear Logistics has future plans in the wings for its mineral sands operation, with potential scope for an on-site plant.

“The mineral sands deposit is a limited resource, but we are hoping to build a plant onsite to high-grade the remaining material. In the meantime, we are remobilising back to Hey Point to reinvigorate our bauxite mining,” Mr Roberts said.

“I have to applaud NQBP in the way that they are open to, and supportive of facilitating other trades in Weipa, it’s great to see that the staff are so passionate and behind people like us 100 per cent."