“The Mt Bassett water reservoir was identified as having reached the end of its useful life as part of NQBP’s maintenance and repairs program,” Mr Fertin said.

“The reservoir was once used by the Port as a potable water supply, but has not been used in many years.

“A safety inspection showed the demolition of the reservoir was necessary due to structural integrity issues.”

Demolition will start next Monday, 1 March 2021 and is expected to take up to four weeks to complete.

Member for Mackay Julieanne Gilbert said Razor Demolition was the latest in a number of businesses based in the region gaining works at the Mackay Port.

“And here we’ll see another six jobs supported in the Mackay region, adding to those 100 already created as part of the Palaszczuk Government’s recent $17 million investment in the port.

“We’re building a new $8.5 million tug berth facility, delivering major road upgrades including the $120 million Mackay Northern Access upgrade and these works to be carried out by Razor are vital to supporting our industries and more jobs.

“Safety is the priority, and with it being unused for a number of years and a recent inspection identifying it was no longer safe, the port has engaged a local business to carry out these necessary works.” 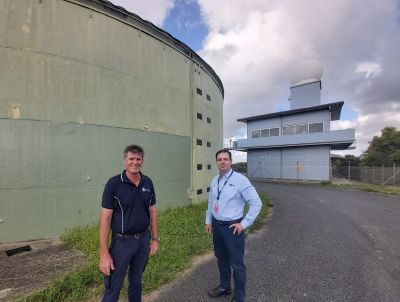 The Mount Bassett Reservoir works will include minor landscaping with kerbing and rocks/bollards used for safety barriers.

To ensure safety of the public and demolition workers, vehicle traffic along Mount Bassett Drive will be restricted during the works.

Pedestrians and cyclists will have access of Mount Bassett Drive, but the worksite area will be restricted.

Nearby residents and businesses were informed of the upcoming works in late 2020.

Razor Demolition Manager Shane Worbey said the company is looking forward to working with NQBP on the project.

“We have been servicing the Mackay community with a range of diversified projects for the past 25 years,” Mr Worbey said.

“We are genuinely committed to supporting the local community, engaging local suppliers and supporting up to six local jobs on this project.”

Read about other projects under way at the Port of Mackay.