Access to the Southern Breakwater will be temporarily restricted while new security cameras are installed in a move to boost safety and security at the Port of Mackay. 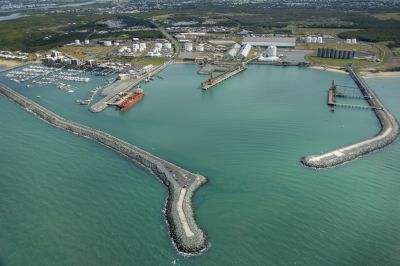 A camera will be installed at the Southern Breakwater from Monday 27 May to Wednesday 29 May inclusive.

Due to the nature of the works, vehicles including cars and motorbikes will be unable to access the breakwater during this time.

Pedestrian and cyclist access to the Southern Breakwater will be available from 6pm to 6am (outside of work hours).

NQBP Chief Executive Officer Nicolas Fertin said NQBP has a responsibility as the port authority to ensure the security of its Ports is appropriately managed.

“New cameras will also be installed to monitor security and encourage safe behaviours at the Half Tide boat ramp, Half Tide Tug Harbour and surrounding Port areas at Hay Point.”

“NQBP has a responsibility to remain vigilant to threats and suspicious activities at its Ports,” Mr Fertin said.

“The upgraded CCTV system will enable NQBP to comply with our legislative responsibilities.”

As part of the project, NQBP will also install a surf camera for North Wall Beach which will be able to be viewed by the public via the NQBP website from late 2019.

Mr Fertin said the North Wall Beach camera was added to the project after a request from the community.

The camera will be located within Port boundaries and will provide low-resolution imagery of the surf conditions.

Any disruptions during the project will be kept to a minimum and NQBP will keep the community informed of any project updates.