MACKAY Port’s new northern access road will be designated with an indigenous language name in recognition of the region’s Yuwi Traditional Owners.

Speaking alongside Traditional Owners at the site of the new port access road, Member for Mackay Julieanne Gilbert MP said the port road would be known Gudyara Road, meaning “sea” in the Yuwi language.

“I applaud this decision by North Queensland Bulk Ports Corporation to engage with Traditional Owner stakeholders in this way,” Mrs Gilbert said.

“The naming of the road recognises the special connection of traditional owners to the port,and it will also help to revive knowledge and understanding of indigenous language.

“Traditional Owners have had a connection to land and waterways for thousands of years. As the port continues to develop and provide opportunities for the future, I welcome this step to embed the indigenous culture for future generations.”

Yuwi elder Gary Mooney said the name was chosen because sea country is very important to the Yuwi People.

NQBP CEO Nicolas Fertin said the indigenous road naming acknowledges the Port of Mackay is in the Traditional land and sea country of the Yuwi People and supports the recognition and revival of Yuwi language.

“The $2.9 million road project, constructed by Queensland-based contractor Shadforth, will be open to motorists early next month.

“It supported fifteen Mackay-based subcontractors and created 76 jobs during the project.

Mr Fertin thanked residents and motorists for their patience while the works near completion. 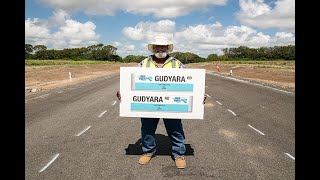 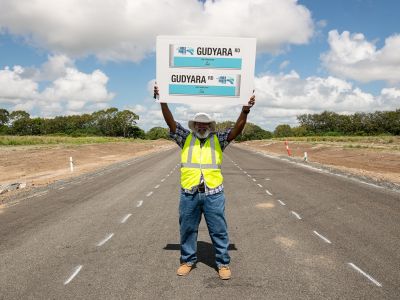 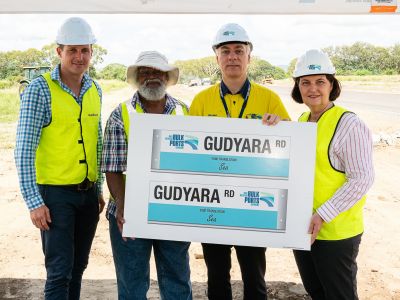